Germany's quest to retain the Team and Individual Eventing world titles continues in record breaking fashion on another brilliant day of dressage. Julia Krajewski not only held her overnight lead with Chipmunk FRH after the second day of dressage, but her closest challenger is team-mate and reigning European champion Ingrid Klimke. Klimke delivered a lovely test on SAP Hale Bob OLD, scoring just 23.3 penalties just 3.4 penalties behing Julia heading into Saturday's cross-country phase . Great Britain's Ros Canter and Allstar B complete the top three on 24.6, while Germany hold a convincing lead in the team competition, with their score of 73.4 breaking the previous best FEI World Equestrian Games™ record for a team dressage score set by Great Britain in Jerez, Spain in 2002.

They are more than seven penalties ahead of the British team, while the United States are close behind in third, followed by France, Australia and New Zealand. “I am very happy," Klimke said. "He did such a wonderful test, he was so calm and concentrated. He was perfect. He was ready and waiting to get in there. He is 14 now and very mature. He did a beautiful job and for me it was a pleasure.” Assessing the Cross-Country challenge, Krajewski said, "There are quite a few fences where you have to have your line right and be very concentrated." For Canter, her dressage performance maintained consistently impressive form on the 13-year-old stallion Allstar B, and she unquestionably poses a serious threat to German domination with her colleagues Piggy French, Tom McEwen and Gemma Tattersall.

“No matter what the atmosphere, he never changes," Canter said. "I gave him a day off on Thursday because he worked so well the day before. He has just got that temperament where he puts 100% in for me every time, and it's more the pressure for me that I want to do him proud and everyone else who has helped get me here.” Although Krajewski has a clear lead, just 3.9 penalties separate the riders placed from second to ninth, and it is certain that the leaderboard will be shaken up during the cross country today. That group features riders from six different countries, including French Olympian Thibaut Vallette, Sweden's Sara Algotsson Ostholt, New Zealand's world number two Tim Price and leading Irish challenger Sarah Ennis, who lies sixth. Concentration and stamina look set to be the key requirements when Eventing athletes takes to the Cross-Country course on the White Oak track of TIEC during the FEI World Equestrian Games™ Tryon 2018 on Saturday, September 15. More than 80 horse and rider combinations will tackle the course designed by Captain Mark Phillips and it is likely to prove pivotal in terms of shaping the final leaderboard. The final show jumping phase is now scheduled for Monday, September 17, to heavy rain expected through the night on Saturday and on Sunday, September 16.

Comments on the course:

“The challenge is going to be the humidity and the potential weather conditions. As last team member to go, I don't know what weather will be thrown at us yet. I will try to stick to the plan and hope I can deliver for the team.”

World number two rider New Zealander Tim Price, recent winner of the Burghley Horse Trials in the United Kingdom, added: "The cross country is demanding. None of us know what the (completion) time is going to be like because with a tight time it heightens the difficulty everywhere else because everyone else is trying to go and do a good speed."

"It will be what it will be. We are pretty gutsy, the Kiwis, and hopefully we will make a good plan together and go and execute," he continued.

Price's teammate Todd said, "Is it going to be hot? Is it going to be torrential rain? We have just got to make a plan and ride to the conditions. The course looks really good. There are some more straightforward fences, but some of the combinations ask plenty of questions."

Team USA member William Coleman, meanwhile, described the testing closing hill on the course as akin to a metaphorical climb up Mount Everest.

“It's pretty intense in the middle part," Coleman said. "From the third to the seventh minute it is like an onslaught, and then you finish that and then climb Mount Everest up to the main arena. It will be a stamina test and I think the middle bit will be especially testing.”

British rider Tom McEwen cautioned, "I don't think the course should be underestimated. It is possibly not the biggest course we've jumped, but saying that, it is technical, it is strong and you have got to keep your wits about you. There are plenty of strong questions out there."

Here the statement from Tryon regarding rescheduling:

The latest weather forecast from the National Weather Service, which has an onsite weather station here at the Tryon International Equestrian Center (TIEC), shows heavy rain starting on Saturday evening through Sunday. As a result, it is planned to move the final Jumping phase for Eventing to Monday 17 September (starting time to be confirmed).

Saturday’s cross country remains unaffected and will start at 11am as planned, but the interval between horses will be reduced from four to three minutes. The cross country distance is unchanged at 5,700 meters but there are modifications to two fences (23A and 24B). 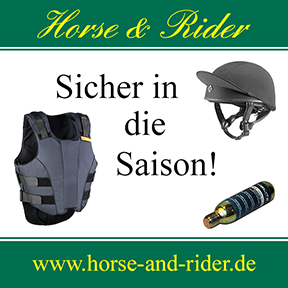